Just The Facts: What The Senate Health Care Bill Would Mean For Arizonans

Having pushed off voting on a final product, there are still many questions surrounding the proposed Senate health care bill. And while a full ACA repeal looks to be unlikely, there are many potential changes on the horizon What would passage of the Senate healthcare bill mean for the average Arizonan? In this article, we break it down. 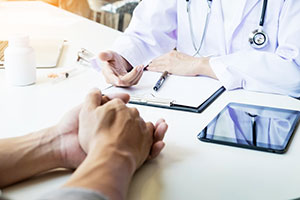 The Senate health care bill, formally called the Better Care Reconciliation Act, has only recently been unveiled and looks to be undergoing revisions already. In fact, two versions of the bill have been submitted to the Congressional Budget Office (CBO) for analysis. While it is difficult to speak with any certainty about what the bill will ultimately mean, there are some conclusions we can make, broadly speaking, based on available information about the tweaks Republican leadership is focusing on to get the 51 votes they need in the Senate for ACA repeal.

The Senate health care bill as unveiled would also repeal a 3.8 percent tax levied against net investment income (on dividends, interest, and capital gains) for individuals earning $200,000 or more annually ($250,000 for couples). This tax is the source of funding for much of the subsidies that qualifying people get in the individual marketplace to help pay for their coverage, so this may present a significant change in how healthcare is subsidized for individuals. Tennessee Senator Bob Corker seems pretty confident that this tax will remain in the final Senate health care bill, but Pennsylvania Senator Pat Toomey disagrees. If there is anything we can be certain about here, it is that we should be prepared for anything. If you are among the majority of Arizonans making less than $250,000 annually, the effects of the tax cut may negatively impact you directly via insurance subsidies in the individual exchange.

The Senate health care bill would do away with the individual mandate (the penalty for not carrying a qualifying insurance plan), and it also maintains that insurers cannot deny coverage because of pre-existing conditions and that they cannot charge unhealthy people more than they charge healthy people who are the same age. The essential benefits (the specific requirements for things all insurance policies must cover) as outlined by Obamacare would be retained under the current Senate health bill, meaning the private insurance companies will likely need to drastically increase premiums and limit benefits where possible to continue providing all of the required coverage to all of their members.

The fate of the net investment income tax cut will be a major factor in determining how many resources are available to subsidize the cost of healthcare coverage for Americans purchasing it through the individual health exchange. On its face, this means more immediate out-of-pocket costs for individuals purchasing insurance through the exchange, though some, including Senate Majority Leader Mitch McConnell, argue that doing away with the investment tax will put downward pressure on insurance premiums. The assumption is that increased spending capacity for the people getting the tax cut will result in more jobs and higher wages for everyone, thereby reducing the demand for health plans through the individual health exchange because more people would be covered through an employer. The Congressional Budget Office seems to agree with this thought. The office’s analysis of the existing Senate health care bill implies that premiums will rise 20 percent in 2018, 10 percent in 2019, but then potentially decrease to pre-Obamacare levels in 2020. In short, premiums will increase before they decrease. The Brooking Institute asserts that the decrease in premiums will be because of the share of younger Americans in the individual market will increase. If you look at the cohort of people currently in the individual market, their premiums will continue to increase. The exact impact on premiums will depend on your particular demographics. The current draft of the Senate health care bill will change the premium tax credit structure, basing the percentage of income individuals are supposed to spend on their premiums more directly to age. Currently, older Americans may be charged up to three times as much for premiums as younger Americans, but under the proposed Senate health care bill, they could be charged as much as five times.

Senator Ted Cruz of Texas has an Amendment that he would like to see added, as he does not support the current version of the bill. The “Consumer Freedom Amendment,” otherwise known as the Cruz Amendment, would allow insurance companies to sell plans that do not comply with the Affordable Care Act. The caveat is that they must still offer ACA-compliant plans as well. Cruz asserts that this gives consumers more options to purchase more affordable health insurance. However, critics have been quick to say that the potential amendment would actually make insurance more expensive, especially for sicker people because then they would be in insurance pools without healthier people to offset their costs.  Whether or not the Cruz Amendment will be in the final Senate healthcare bill is unclear — it is reported that of the two versions of the bill submitted to the Congressional Budget Office, one contains the Cruz Amendment and one does not.

So what can we do?

While we are not sure of the fate of the Senate health care bill, or even which version of the bill will be voted on, one thing that seems fairly certain is that for many, rising health insurance premiums and deductibles are not getting better anytime soon. If you are fed up with paying huge out-of-pocket costs for minimal care, now is an important time to learn about your alternatives. Redirect Health’s iEverydayCARE is a healthcare model that is revolutionizing the way people think about the relationship between money and their medical care. Direct, routine health care is simple, effective and provides pros for both consumers and physicians. By paying for services based on a membership model instead of a fee-for-service model, you and your family can be covered for commonly-needed services, including clinical visits, lab needs and so on (starting at only $105 a month). It is a simple way to cover the routine care that 90 percent of people need 90 percent of the time. Many people are buying cheaper stop loss plans to cover medical emergencies and then utilizing their memberships to cover the services that are commonly used. The outcomes, value, and satisfaction for people enrolled in one of these plans are far better than they are with traditional insurance. Whether you are an individual looking for some certainty and peace of mind when it comes to your family’s health and finances, or a business owner struggling with how you can afford to provide benefits to your workers affordably, learn more about Redirect Health and how it can help you lower your health care costs.