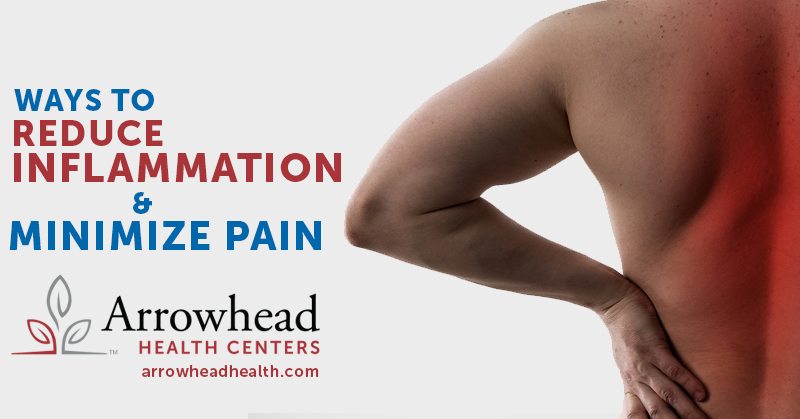 Pain is a lifestyle killer. It sucks the fun out of your life by limiting your experiences and interrupting your daily routine. It causes your to miss out on events and just makes you crazy with its constant presence. When it comes to managing that pain, where do you start? Is there something out there that can help alleviate the pain or get rid of it altogether? Very often a strong factor in the pain game is the amount of inflammation in your body. Inflammation occurs as a reaction to injury or infection whereby the body becomes reddened, swollen, hot, and often painful. So we must ask, are there ways to reduce inflammation in order to reduce pain or possibly ways to eliminate it altogether? 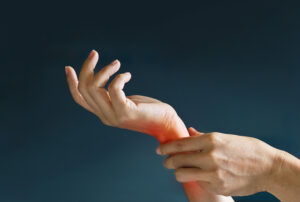 Acute Pain: Pain that has a known cause, occurs for a limited time and quickly responds to treatment. Ex: injured ankle, bee sting, broken finger. Chronic Pain. Pain that occurs for more than one month after healing from an injury or is due to a lesion that is not expected to heal. Ex: osteoarthritis, fibromyalgia. Pain Due to Nerve Injury. Pain caused by an injury or other problems in the nervous system. Ex: numbing, paralysis, burning. Palliative Pain. Progressive, chronic pain which requires ongoing care that focuses on the control of the physical symptoms and focused care on improving the quality of life. Ex: life threatening illnesses with pain as a symptom.

Inflammation is a natural part of the body’s response to injury and infection.  When the body becomes inflamed, several different chemical substances are released by the body. These include the tissue hormones bradykinin and histamine, which, when released, cause the narrow blood vessels in the tissue to expand, allowing more blood to reach the injured tissue. For this reason, the inflamed area turns red and become hot. Both bradykinin and histamine tend to irritate the nerves causing pain signals to be sent to the brain. However, these pain signals are not always bad for they draw our attention to the injured area allowing us to pamper a wounded area that is trying to heal. 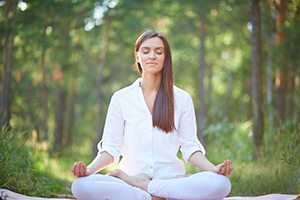 Yoga has been shown to aid in the reduction of the stress hormone cortisol, a hormone that can increase inflammation.

NSAIDs: For quick relief,  nonsteroidal anti-inflammatory drugs (NSAIDs) can reduce inflammation and relieve pain by blocking enzymes and proteins made by the body. Aspirin does not block this protein so look for something with ibuprofen or naproxen such as Advil, Motrin, and Aleve. Omega 3s: Studies show that increasing your intake of omega 3 essential fatty acids can have the same effect as NSAIDs, without the potential negative side effects. Medical researchers JC Maroon and JW Bost report “of the 250 patients, 125 returned the questionnaire at an average of 75 days on fish oil. 78% of patients were taking 1200 mg and 22% were taking 2400 mg of EFAs. Fifty-nine percent discontinued taking their prescription NSAID medications for pain. Sixty percent stated that their overall pain was improved, and 60% stated that their joint pain had improved. Eighty percent stated they were satisfied with their improvement, and 88% stated they would continue to take the fish oil. There were no significant side effects reported.” Yoga: A central tenet of yoga is that practicing can reduce stress responses. The journal Psychosomatic Medicine published a study in 2010 finding that women who had regularly practiced 75 to 90 minutes of Hatha yoga twice-weekly for at least two years had markedly lower levels of interleukin-6 and C-reactive protein (CRP), two key inflammatory markers, compared to those who were new to yoga or practiced less frequently. Researchers think that yoga’s benefit is that it minimizes stress-related physiological changes. Massage: Most of us think of massage as a treat, however, The Journal of Alternative and Complementary Medicine reports that “receiving a 45-minute Swedish massage can greatly lower levels of two key inflammation-promoting hormones. Additionally, massage may decrease inflammatory substances by increasing the amount of disease-fighting white blood cells in the body,” says Mark Hyman Rapaport, M.D., co-author of the study. “It may also lower stress hormones. Either way, these inflammation-lowering results can be seen after just one massage.”   Reduce Sugar Intake: The American Journal of Clinical Nutrition warns that processed sugars trigger the release of cytokines, inflammatory messengers that spread throughout the body causing pain and swelling internally. Sugar goes by many names so look out for anything with fructose, sucrose, dextrose, maltose, and more. It is recommended that Americans keep their sugar intake to less than, 9 teaspoons per day for men and less than 6 teaspoons per day for women. Trans Fats: Harvard School of Public Health researchers helped sound the alarm about trans fat in the early 1990s. Trans fats are known to trigger systemic inflammation and can be found in fast foods and other fried products, processed snack foods, frozen breakfast products, cookies, donuts, crackers and most stick margarine. Avoid these foods as well as anything with partially hydrogenated oils in the ingredient labels.

What AHC Can Do For Pain?

Arrowhead Health Centers (ACH) offers a revolutionary new treatment to reduce inflammation and pain called Total Joint Rejuvenation. Total Joint Rejuvenation technology has previously been available to professional athletes but is now offered by the experts at ACH. This non-surgical pain relief technique aims to restore or improve the function of muscles, joints, and other damaged tissues while reducing the pain associated with damage to those areas. It is a cost effective solution that requires one consultation and one injection to the pain site. The result is healing of damaged tissues and  reduction of inflammation and pain. Whether you are suffering from acute or chronic pain, palliative pain, nerve pain, old pain or new pain, you want to eliminate it so you can return to a high quality of life. If solutions like omega 3s and massage aren’t working, and you’re tired of taking NSAIDs multiple times a week, perhaps Total Join Rejuvenation is can reduce inflammation and eliminate pain for you. Call our office today; you’ll find that we put our patient’s needs first so you get healthy quickly. Save Save Save Save