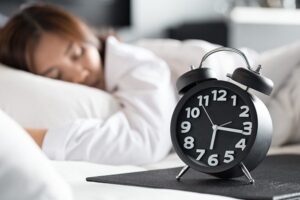 Researchers have determined that whether you’re a morning person or a night owl, your waking habits may be determined by your genetic profile.

Theguardian.com cites a study which states that human beings have a natural preference for mornings or evenings. People who preferred mornings were also found to be healthier overall. Morning people overall had less Body Mass Index, less episodes of insomnia, and “they were also less prone to depression than the 56% of respondents who described themselves as night owls.”

For more on the study, read theguardian.com article.